This wiki is devoted to player-made characters, organizations, cabals, and lore within Funcom's shared-world RPG, Secret World Legends. SWL is the spiritual successor to The Secret World MMO. Legacy TSW has had a thriving and vibrant roleplay community for the last four years, and many players have expressed interest in continuing the tradition!

If you're a roleplayer, also check out SWL roleplay mod! 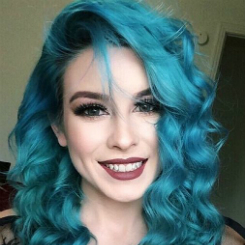 Cricket was born June 1, 1987, in the Blue Ridge Mountains of Georgia in the USA. The only issue from the union of Donovan Jackson and Ilena Reeves Jackson, she has an older half-sister named Wanda "Wildflower" Jewett from her mother's first marriage. Her given name is Mary-Catherine Jackson, but she was given the nickname Cricket at a young age because she "never stopped chirping." The Jackson family are sasquatch enthusiasts, and during Cricket's childhood operated a Bigfoot museum near their home in Blue Ridge, GA.