There are things in the world that cannot be easily explained. Things that live in the shadows and are beyond what we would call natural. For the most part these things avoid the world we know, avoiding people.

Sometimes these shadows leak through the cracks and put people and families at risk. When all other resources are exhausted, that's where Knightsbridge Consulting comes in. 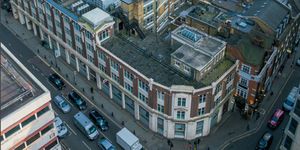 We employ Consultants with varying degrees of expertise who are skilled at identifying and eliminating a whole range of Preternatural Problems. We've been dealing with the supernatural since 2012, and bring with us the best technology available. We provide our clientele with an ease of mind and the ability to reach out to us at any time shoulder incidents recur.

Our head office is located in London, England, but we are capable of traveling the world. No distance is too far. We have agreements with the Office of National Paranormal Security Management and Intelligence (ONPSMI) in the United States as well as the Canadian Government which allows us to act quickly in North America as well. We've maintained relationships with law enforcement departments worldwide and monitor the normal channels to identify where aspects of the supernatural world may be interacting with our own. We are proactive whenever possible, and will reach out to normal people who seem to be having paranormal incidents.

We also maintain an open phone and email line for clients to contact us. Sometimes solutions are found without even stepping on-site. Other times one or more Consultants need to travel to where the incident has occured. We remain agile to be able to resolve all incidents in the most efficient ways.

We Believe You. Now let us help you.

Knightsbridge Consulting was founded in 2012. It was founded by four people who had grown weary of the inaction of the Templar for any cause but that which would further their own agenda. Their goal was to provide assistance to those people who fell through the cracks in the protection of the various factions. Craft Ramsay, Alyse Bryce, Vanessa Kole, and Sarah Mitchals were the original Senior Consultants and set the groundwork for what Knightsbridge Consulting has become today. 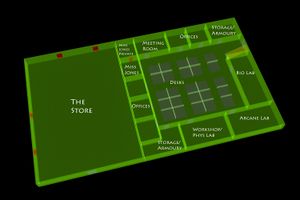 Having no building of their own, the first few months were spent operating out of the back room of a store named The Rift. That's not to downplay the importance of the store. But it was an inelegant solution and made it difficult to bring clients to the office. Though the area was spacious for the few consultants that they had the Senior Consultants decided to rent office space in a more centrally located location in London.

In 2014 the Kole siblings returned to their academic studies and Sarah Mitchals disappeared and hasn't been seen since. This left Craft and Alyse in charge of the firm with the spectre of their financier and CEO, Alexander Kole in the background. Though he never exerted any pressure on the company, they were uncomfortable with the heavy Templar ties that the company had despite their original aspirations to distance themselves from the factions. Alexander was bought out leaving Craft and Alyse as the sole owners and executives of Knightsbridge Consulting.

The company has gone through periods of expansion and contraction but the caseload has never eased through the seven years that Knightsbridge Consulting has been in existence. Solving hundreds of cases and saving potentially thousands of people through their investigations and when the need arose, elimination of supernatural threats, Knightsbridge Consulting has been at the forefront of safeguarding the natural world from preternatural threats.

Alyse and Craft have since retired and left the company in the capable hands of the current Senior Consultants, Mayahuel Stroi, Hadden Pertwee and Case Manager Mihai Stroi who have carried on the mission and original goals of the founding Consultants.

The following 5 pages are in this category, out of 5 total.