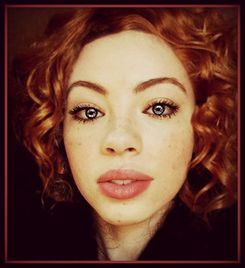 Most folks would peg me as barely old enough to drink. Truth is I'm older than most of the graves in Kingsmouth. I quit counting the years once it became clear that they were of no consequence to me. I bet you’d never guess to look at me that I was murdered in 1815. Sweet as cane sugar with a disarming smile and eyes made of that first glimpse of hot summer sky...I've been called Angel and Baby Girl more times that I can count. You can call me whatever you want. It won't matter in the end anyway. It never does.

My daddy was born a slave in the same year that a group of free white men declared their independence. His name was Gabriel, like the archangel. What I know about how he lived and died is mostly from what I've read. What I actually recall of the man is how beautiful his voice was when he would say my name and sing to my mother on the rare occasions that we saw him. My mother wasn't anyone fancy. Irish and indentured, she'd already endured a lifetime of indignities by the time I was born.

They hanged my daddy on October 10, 1800. It was my sixth birthday. They made all of us watch him swing. The morning sun crafted angel wings behind him from my tears. That night we ran, my mother and I, as far as we could run. She wept for him every night of our journey. We finally ended up in Old Devereaux, Georgia. My mother dried her tears and then mine. She told me to never speak of my father or our old life again.

My mother worked in the office of a small pottery company and I eventually became the teacher in our small town. In spite of everything we'd lost, we managed to make a small happy place for ourselves together. I passed for who I needed to be for both our sakes. Everything changed the night the deacon’s son came calling and found me home alone. When Mother found my broken lifeless body she finally went mad in the old ways of her own people. They said she pulled my body out into the treeline, howling and chanting over me for three days solid.

She made her way to the swamp witch named Auntie Zee near Milledgeville with my corpse. For the first time since his death, my mother spoke to the Hoodoo woman about my father. My daddy had been dead for fifteen years but even in Georgia people still knew his name. Folks were still angry over what they'd done to him. Mother begged her to take us to a place deep in the swamp, to a place they said could cheat even death. The old ancestors' mud needed blood and my mother gladly offered up her own throat so I could live. I came back the next full moon to nothing but old Auntie Zee, my mother's pine coffin, and the memory of my own murder.

I spent the next two moons vomiting out slough mixed with the rest of my broken heart. The good in me was gone. No regrets. Goodness had been my affliction and I was finally cured. I packed a small bag and headed for Atlanta. On the way, I made a late night visit to that deacon's boy. After that? I felt right as rain.

Vixienne is a returned of unknown provenance...an odd mix of Afro-Caribbean and Celtic magic. She looks sweet but is not a good person. She was once but she is not now. Nothing you will do can change that. She is NSFW. She is not going to do anything but hurt you in the end. She won't feel bad about it, she won't regret anything she did or did not do, and she won't care in the least about how it affected you. It is always about what she wants. No matter how natural or coincidental her actions seem, EVERYTHING is calculated. She's a grifter through and through. 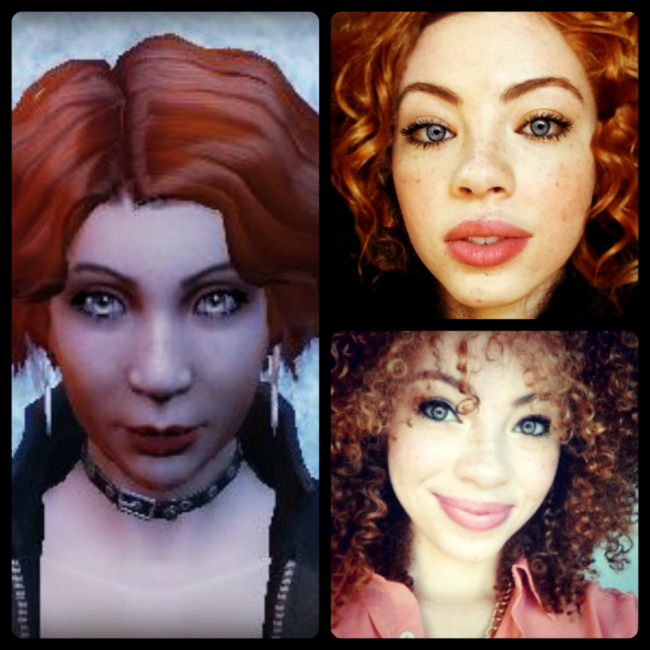 Vixienne is definitely not going to be everyone's flavor and is probably best suited for those who enjoy the the darker seedy side of the secret world.

A few things that are helpful to know about RP with Vixienne:

Vixienne is not a nice person. The person who plays her (me!) is actually a decent (some would even say pretty cool) human. I'm a big believer is communicating expectations, boundaries, etc. to make sure that the RP experience is enjoyable for everyone involved. It's supposed to be fun and I keep my drama strictly contained to IC. I have no room for drama that spills over OOC. I have no problem with mature themed RP but absolutely no interest in wank fodder for its own sake. I am interested in finding long term RP partners for story/forum RP along with in-game. If you are smart, a good writer, and like the long RP story arc with steady partners then we probably will have a lot of fun with our characters. I do not abide racism, sexism, xenophobia, homophobia or transphobia...basically anything that would make you seem like an ignorant asshole to me in real life. If you are not of age to buy your own liquor, cigarettes, join the military, or vote in your home country that means I'm old enough to be your mom...so no, just no.

If you are looking for quick casual interaction without more, Vixienne will always be friendly and social. Most people who deal with her superficially think she's a real sweetheart. It's the ones who stick around longer who sometimes see the worst of what she can be.

You may be interested in RP with Vixienne if:

You want to be duped, corrupted, or have your heart broken

If you think you might be interested, just hit her up and have a chat. Easy enough, right?