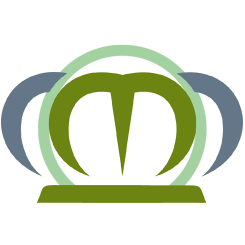 The Minders are a group of Dragon agents who formed a small coalition of exorcists and vigilantes, ridding the world of malevolent forces and malicious supernatural elements that threaten to harm Gaia. While they are considered a “splinter” division from the Dragon, the Minders still adhere to the Dragon’s cause and philosophy. Perhaps, unbeknownst to them, the Dragon has “willed” them to form this small coalition to further the course of their models. Nevertheless, they have their own values, beliefs, ideals and ambitions -- Think supernatural Anonymous rather than Justice League. The Minders believe in the protection of Gaia, eliminating malevolent threats to humanity and the inhabitants of the world.

As agents of the Dragon, the Minders are largely neutral and seek to remove themselves from political affairs with other factions, yet has goals that can be seen as “good” in nature; their priority on the protection of Gaia and humanity comes first. They pay very little mind to the Templars and the Illuminati. At times, the Minders may perform acts that are morally questionable in favour of their goals and the Dragon’s cause.

At the moment, the Minders has no true leadership. All goals and directives are agreed by all members. Once an objective or goal has been decided, all members will proceed to work towards to accomplishing it. Much like the water guided by the river flow towards the sea, the Minders “flow” towards their desired goal once the “sea” has been determined. While their chain of command seems decentralized, the Minders are very coordinated, with mission controllers on assistance, crystal clear communication between members and motivated ideals. Ultimately, the Minders heed the words of the Voice and Head of the Dragon and the totality of the Dragon’s cause.

Of course, in the modern society funneled by economy, no ambitious ideal goes entirely unfunded. The Minders fund themselves through offering mercenary work and present themselves available for hire by any prospective employer, such as exorcism, auxiliary support and protection, combat operations, hacking, demon hunting, magic consulting, hexing and sometimes, assassinations. As long as the jobs do not collide with their ideals and goals.

From time to time, they work with the Council of Venice for funding or working towards similarly aligned goals, as the Venetians provide them supplies, weaponry and money.

BASE OF OPERATIONS The Minders operate from South Korea, India, Singapore, Taiwan to various Asian countries.

MEMBERSHIP The membership of the Minders is strictly selective. Founded by three Dragon agents who found their calling in vigilantism and desire to better the world, the Minders choose their members through trust, deep bonds, comradeship and wisdom of the mute monks.

“The Minders are not just any do-gooder. To call them ‘heroes’ is an oversimplification of what they are. If I could, perhaps ‘chaos vigilantes’ would be a better term. They have ambitions. They have values. They observe, perceive, then shape their goals… Finally, setting their goals into motion. They want to better the world and keep Gaia intact… In their own ways and ideals… By their own design. And the Dragon is fine by it.” - A Dragon agent.

“They are not mere idealists. They put their goals into action. I can respect that much. But I can’t help to feel they are just a bunch of Dragon tots who forget their place in the Secret World. Well, the Templars are not going to give a damn about them unless they get in our way. We don’t think they can do much at all.” - A Templar operative.

“Jesus Christ, I thought I was looking at some Neo-Age Shaman Batman group. They are kind of annoying and sometimes, stealing our jobs and overtaking the data we needed in the field. The Eye pegs them as dangerous due to their experience in handling malevolent spirits, but I think they are just some ‘new age vigilantes’ who think they can do whatever they want. I heard some of our own guys are hiring them to clean up. Whatever, man. They better not fuck with us. We’ll fuck them first if they do.” - An Illuminati business associate.

“Unpredictable, I would say. The Council doesn’t exactly know what to make of them. We know they are Dragon, yet steering their own movement. Perhaps the Dragon has plans through the Minders’ goals. Nonetheless, they are useful, experienced and has been helpful to us, thus far. Maybe we are not so different after all?” - A Council of Venice member.