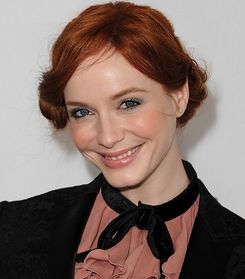 Born into a very traditional small town family living in the rural area of Somerset West, young Rose had a carefree childhood, growing up to become just like her one big role model: her dad. Her teenage years were tough as she felt isolated and lost between her highly gifted brothers and ambitious parents.

When old enough she applied to the police and graduated on top of her class (which came as a surprise, especially to her father since she was no good student back in school). When Rosemarie met the British business man Colm O'Brian (with Irish ancestry) in 1996, they fell madly in love and got married two years later. To live with her husband, Rose left Capetown and moved to London. Since being a full-time housewife was not what Rose had in mind for her career, she left the SAPS and joined the Met. The couple got divorced in 2011.

In [insert correct year later], Rose met one Richard Sonnac while she was investigating the murder of a rather famous university professor, who's specialty was occultism and the supernatural. Sonnac helped her to bring the supposed murderers to justice but in return he demanded that she should work for his organisation as a secret agent within the Metropolitan Police. Rose agreed to the trade-off because she simply had to solve her case. It was a strangely fitting coincidence that she was reassigned from Soho to the Ealdwic District at the Met.

Recently she has taken up a position at the Council of Venice as observer. Her current assignment is in al-Merayah, Egypt. The assignment is concluded.

The Buzzing and the Secret World: Rose discovered she had unusual abilities when she was solving the fateful case of the brutally murdered, long-time Illuminati sympathising university Professor von Degenberg. Sonnac was afraid she would be recruited by the Illuminati, so he moved in quickly and lured her into joining the Templars by providing substantial evidence that lead directly to the killers. At first, Rose was more or less unaware of her new-found abilities after swallowing the bee by accident in the brief moment before death on the mission Sonnac had sent her on. After this near-death experience, the only way the bee powers kept manifesting themselves were through horrible dreams and nightmares that sometimes bordered on clairvoyance or premonitions and accidental outbursts of magic.

After being possessed by the spirit of an enraged Egyptian priestess, her abilities were no longer limited to passive abilities but the active use of magic (elemental magic mostly) was possible for her. However, the bee had to be locked away in a magical ritual to get rid of the spirit that possessed her.

Apart from the rather passive ability to be able to interact with all kinds of spirits, she does have an affinity to magic that seems to resurface after the magical ritual has been undone but without the spirit that possessed her, her magical abilities are not that strong. Due to the unstable nature of her bee abilities, she mostly works as an analyst, profiler and adviser for the Council of Venice and rarely as an active operative. Her current posting is with the Council of Venice.

Character is identical to the TSW version. Minor adjustments will be made to incorporate upcoming changes. Changed factions from Templars to CoV

- Her parents named her Rosemarie (short: Rose) because a character in one of her mother's favourite books was named Rosemarie - She loves coffee and used to be a heavy smoker - Speaks several languages (next to English and Afrikaans also German, Chinese and French) - She has numerous phobias and OCD - She dislikes dogs but loves horses and cats