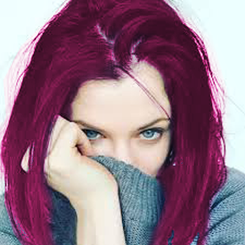 Raegan was raised in a typical midwest household in Manhattan, KS. Her father James (Jim) Drake works as a power lineman and has a small electronics repair business on the side. He was and is a good, loving father, auburn haired, blue eyed, but with skin that tanned deeply rather than burned. He has always had a mild temper and been easy going and laid back. Her mother Julia was an administrative assistant at the local university. Raegan was their second child. Their elder, Ellen (Ellie), is three years Raegan's senior. Ellie takes more after their mother, lighter brown hair, brown eyes, and demure, feminine persona.

In school, Rae was always effortlessly at the top of her class. She excelled in math and science and was fairly athletic, winning the president's physical fitness award every year in elementary school. She never was on a sports team, but played lacrosse in the park nearly every afternoon for fun.

She won science awards and math bees and had a few stories selected for high school publications. She went on mission trips with the Methodist church her family were members of, building houses in disaster areas. This was what sparked her desire to join the Peace Corps after college and go to Nigeria.

As it turned out, she was accepted as a full time student in college the same year as her older sister. The two attended KU, a few hours away from home, when Raegan was just sixteen.

Special Notes •= Are they demon-possessed? A skilled Elementalist? Want to describe their awesome powers or trademark equipment they always carry? This is the place to do it.