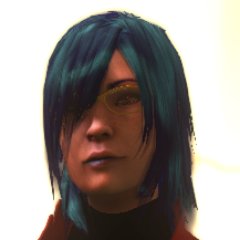 >>>>>proceed, carefully and deliberately, from nonsense, with a straight face, often arriving at a new kind of sense.

"... but the contents of the bottle and the cake were switched. Hoping to get smaller, Alice drank the bottle. Instead, she grew, and grew, filling the room until either she or it would burst..." - fragment from floppy disk marked "My_Files_Keep_Out_1999"

Fashion is the armor to survive the reality of everyday life.

[21:30] <goonshine> think I swallowed something

A monk asked Master Zhao Zhou, "Does a dog have Buddha Nature?"

And then the monk said, "Since it has, how did it get into that bag of skin?"

An incomplete or somewhat factually deficit dossier is a regrettably common occurance. We simply cannot know everything about a person until they have joined the Morninglight and we get a chance to really look inside them, sinew by sinew, thought by thought. However, it is rare to see a dossier so completely erroneous as this one! Favoured Wang's failure is so total that it serves as an excellent lesson in what not to do when profiling possible recruitment candidates.

To begin, the subject's name is Heather Emilia Ramis, not Emily. A cursory check of public records shows her mother's name was Emilia Saito. This kind of personal information is basic and absolutely necessary for every subject. If we get their name wrong in a phone call or on a piece of mail, the subject will dismiss us completely. Moreover, knowing the familial or social connections that go into a name give us possible emotional leverage over a subject.

Moving on, Favoured Wang's own fears of body image have been transposed onto the subject here; Heather is indeed overweight, but this is simply due to her lifestyle as a freelance artist. Her self-esteem issues stem from other things. A reading of her the subject's rather maudlin blog, cross-referenced with her father's long list of diplomatic postings, shows Heather is afraid of people due to her inability to form lasting personal relationships, coupled with a general fear of failure from both strict parenting and from needing to meet and impress peers over and over again.

In regards to the blog, this brings me to my final point, and Favoured Wang's most egregious omission; his total lack of investigation into the subject's online presense. Aside from her blog, Heather is active in a wide range of online forums; motorbike enthusiasts, solo campers, Shotokan karate, and foodie activities, to name a few. She is a regular at dozen different chat rooms. Her jobs are almost entirely engaged through email and Skype conferences; the QBC job was an outlier. It is obvious that an attack through an online vector will prove more fruitful than an offline one.

Out there in the world, there are so many sheep to bring to the flock of Morninglight. Every new member is another voice on the phone, another hand outstretched and beckoning, another song in the choir of the New Dawn. No matter how small the subject, we must thoroughly consume the details of their lives in order to convert them. While the Heather herself does not pose much value, by investigating her we have discovered her father, Michael Ramis. His extensive diplomatic ties make him a valuable target, one that we would have completely overlooked. Favoured Welltree will recruit Heather, who we will then use as leverage to recruit her father.

For his gross negligence, Favoured Wang will be demoted to Anointed and will be required to take Communion until his attitude has sufficiently improved. Let this penalty be a lesson both to Wang and the other Favoured charged with recruitment duties--there is no excuse for laziness!

Lei, you work for Morninglight, what?! What is happening? What do you mean, get out of town?! Where are you?

Subject: Get out of town now

They are coming for me I have to be brief

I was supposed to report and recruit but I didn't after we started dating I couldn't. But I have to report. Have to. I delayed for so long but we have to report sometime

Heather I'm so sorry they didn't believe my report

You need to leave Arizona now go anywhere else

If you see me again it's not me just run