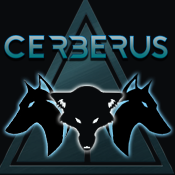 Guardians of the Underworld

Cerberus (formerly Cerberus Solutions in TSW; frequently abbreviated 'CS') is a multi-faction cabal with a heavily Illuminati core. We are one of the oldest and most stable roleplay guilds from The Secret World, and have transferred entirely over to Secret World Legends. We are a heavy roleplay guild that emphasis grey morality, hard choices, personal horror, and dark storytelling. Actions have consequences, and we emphasis those consequences as drivers of character growth.

Cerberus is an established Illuminati company headed by CEO Jessica Vanderbilt. Formerly, Cerberus was charged with keeping tabs on and regulating the grey and black market economies: import and export of goods which were of questionable legality -- and questionable morality. Weapons, drugs, power, or sex: everyone wants something, and Cerberus took care to procure it, so long as the price was right.

However, over the years, Cerberus repeatedly came up against items which lead to much larger problems. An unsanctioned prostitution ring on Illuminati turf uncovered a much larger scheme of political manipulation linked to the Hell dimensions; disrupted weapons smuggling routes led to war in Faerie; a routine gang war in Los Angeles lead to the capture of a serial killer; providing under-the-table goods to the Rio Olympic games ran foul of a minor Aztec god.

Cerberus fielded these challenges again and again -- but not without loss or suffering. In June 2017, the Labyrinth officially changed Cerberus' charter of operations away from the economic underworld and towards the more literal one. Rather than focusing on illicit trade, Cerberus would focus on the larger, more dangerous forces. They would hunt down the supernatural dangerous of the Underworld and seek to stop them, before they became a world-threatening crisis.

As such, Cerberus opened its recruitment to 'interested and qualified others'. While still an Illuminati-backed and -sanctioned organization, Cerberus is aware that in-house staff don't have the expertise or ability to handle everything. Mercenaries, freelancers, rogue agents, an independents are all welcome -- provided they can stomach working for Team Blue. And if a Templar or Dragon feels that saving the world is more important than the color of their uniform? After a proper vetting, they might be useful too.

Cerberus is a legacy guild which was founded in TSW Classic back in 2012. We were part of the Devil's Due metacabal (one guild comprising all three factions) until the summer of 2014, at which point it was decided that Cerberus would break off and become its own, independent cabal. Cerberus will celebrate five years as a cabal, and three years as independent, in 2017. The original cabal leader (Null-State) still presides over the cabal after all this time, and the primary co-leader (Spellsmith) has been with the cabal since 2014. We're also a regular participant in the Cabal Pride events, and listed on the 'I Am TSW" plaque inside Ealdwic Park!

A more detailed OOC history can be found at the Cerberus Wiki, for those interested!