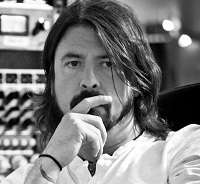 Full name: Brian Arron Micheal Frey Was born in Saint Luke's Hospital on July 10th 1983, to David and Elizabeth Frey. His mother died shortly after. His father raised him for most of his early life, with the exception of his father's second marriage, which only lasted three years.

Post school he work in his father's company Frey Construction and Contracting where he honed his skills in home repairs, remodeling and all around construction.

Around his 21rst birthday, he contracted brain cancer, but was cured shortly after. His father died around the same time.

Brian is half Fae, but even before his transition, he had regular interactions with Fae. His father and mother were members of a coven sworn to guard and protect a small court of Seelie Fae. Brian would regularly visit the court and eventually join the coven, taking on the full responsibility of protecting the court. This opened him up to the offer of becoming partially Fae.

Due to his affiliation with his coven, he's known about The Secret War for most of his life, although not to the extent he does now.

A few years later, he was granted Gaia's gift and is also a bee. The transition was troublesome at first with him trying to find the balance of both powers.

He has been 'employed' with the Illuminati since 2009, running standard operations, clean up, artifact research and recovery, and transport and delivery.

Took a leave of absence for personal reasons, returned to active duty in late 2015/early 2016.

His personal research lead him to Cerberus in early 2016, where he applied and was accepted. He is still currently employed with the company.

Brian's only noticeable changes are the addition of chaotic/illusionary magic that was transferred to him from his fiance Laila Savigne.

Elemental mage - Able to create fire/frost/lightning from his hands and fingers. Noted, this can be done without the use of anima or fae energy. He states that anima and/or fae energy only serves to amplify these abilities and that he 'changes' the air around him.

Pistols - Deadly accurate with small firearms, with an 85% accuracy rating. Accuracy rating drops with the use of rifles and/or shotguns. His preference for combat are a custom pair of 1911 45 APC pistols.

Swords/Blades - Was and still is training under Laila Savigne to use swords as well as other bladed weapons. His preferred blades of choice are his two-handed long sword, a schrade kukri machete, or a pair of custom Bowie knives.

Increased metabolism - Not only does his body burn calories faster, is also gives him a high tolerance to most drugs, alcohol and other substances.

Fae blood - This mostly acts as an amplifier to his other abilities, but also gives him increased perception, as well as 'fae sense', the ability to sense other fae in the area. He states it is up to a half mile depending on outside interference. It also allows him to 'sprout' wings, though he can not fly with them and they only act as a focal point for his intake of outside energy.

Beastmaster - His Fae side grants him the ability to mentally link with animals allowing for communication and 'suggestive' control. This can only happen in certain cases. If the animal is too 'feral' the link will not hold.

Part Fae, Part Bee, all DJ: Brian Frey is a child of many worlds. He is a member of the Court of the Red Oak and employed by Cerberus, an Illuminati company based in Ealdwic.