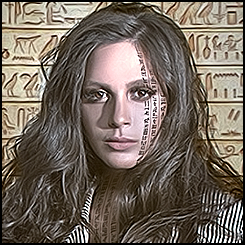 August of 1991
Zafa and Tarek Haya migrate from Caïro, Egypt to Portsmouth, Great-Britain. Zafa soon after gives birth to her first and only child. Their forged passports state the last name Calmseer and are registered as such in the country. The baby girl is named after a woman, briefly overheard on the radio as they set foot on the gloomy shores of Portsmouth. A new beginning for the Hayas, or more precise, the Calmseers.
1992 - 1995
The Calmseers live a quiet life in an impoverished part of town. Tarek is a mailman and Zafa works at the local grocery shop. Life slowly rolls onward. Little Amelia shows to be a good learner, her curiosity even as a baby urging her on to take her first steps, followed soon after by vast troves of explorations and expeditions within the small flat.
1996 - 2002
Amelia never brought any friends home nor did she bring up any in the typical dinner conversations. “How was school, little Ame?”, her father would ask. “It was good, father.”, she’d methodically answer. This never failed to please her father, deeper conversations weren’t welcome at the Calmseer table. In the spring of 2001 Zafa stopped working. She had fallen ill, yet her husband ensured her it would all be fine.
February 2003
After a long struggle, Zafa passed away. The dinner table at the Calmseer home was now set by the twelve year old Amelia and the conversations had now diminished to a mere “Yes.” and “No.”.
2004 - 2005
After Zafas death, her father would often return home drunk, leaving Amelia to deal with the broken man. Eventually her father lost his job and their only way of income. Amelia was kept out of school and picked up her mother's old job at the grocery store.
2005 - 2015
Despite all the hardship, Amelia grow up to be a conscious woman. She knew how to treat the local customers and how to manage her father’s household. The man had now devolved into even more of a mess, watching television day in and day out. The struggle of everyday life was weighing down on the young woman.
Summer of 2016
Before her awakening, Amelia was stuck working a dead-end job in a local grocery shop in an even worse neighbourhood. Instead of living her life, her life was living her. But then, it happened. Her awakening. The Templars were swift to persuade her to join their ranks, promising grandeur and power. These very same promises proved to be nothing but idle chittering soon enough. Amelia needed more, she was emboldened by this new world to do better. To not get stuck in the same place. Her ambition would not be stunted this time around. So she left. Left London, abandoned her duties with the Templars and left her father as he had left her many years ago. She became a sort of renegade, a free woman. All she needed was herself and her drive to be better. To do better. During this time Amelia picked up a moniker; Trips.
Early Summer of 2017
Roaming the mainland of Kingsmouth, her first intention was to apply for a scholarship at the Innsmouth Academy. Things have turned out quite differently…
Present
Amelia has been hired by Cerberus Solutions and is working a full-time job there. Meanwhile, she has moved out of her car into a middle-class flat in Brooklyn. After some harrowing weeks, a team of specialists has freed Amelia from the grasp of the evil spirit within herself.

2900 B.C.
An ancient priest performs a forbidden ritual in an attempt to attain god-like power and status. The ritual seemingly fails as it appears he perishes while setting himself ablaze.
June of 2016
A young girl wakes up after a nightmare. The nightmare depicted vile offerings of human lives and burning braziers in a foreign room. She had felt the flames as they burned away her skin and flesh. Waking up screaming, she catches her breath and comes to the realisation that this was indeed nothing more than a nightmare. Soon after, a scream echoes through the tiny apartment as Amelia sees herself in the bathroom mirror. She's now covered in ancient-looking jet-black hieroglyphs.
August of 2016
A knock on her door alarms the woman, and however reluctant she is to answer it she eventually meets the persistent visitor. She learns of a world beyond her own, a world with many depths beyond what the naked eye sees. Amelia joins the ranks of the Templars and is very eager to learn about this 'new' world. Her passion to do so seems to burn almost unnaturally fiery.
Present
With the evil spirit pulled out of her body, it would appear Amelia's bee powers are starting to manifest. Disregarding some technicalities, it appears to be a second awakening,since the first one was suppressed by Ankhutep.

Amelia's blood is cursed by Ankhutep, an ancient Egyptian priest and one of her forefathers. A fragment of his being resided in his bloodline and was passed down generations upon generations to finally awaken in Amelia.

The most prominent visual sign of this affliction is the appearance of henna-like jet-black tattoos all across her body. It also appear that these are in some way directly related to her powers itself.

The entity known as Ankhutep also brings a few powers and abilities along with a certain knowledge.

---> Due to an intervention by Cerberus Solutions, Amelia has received an exorcism. The spirit has been bound elsewhere and Amelia has managed to regain some of the powers inherited from Ankhutep. In what quantity remains to be seen. <--- 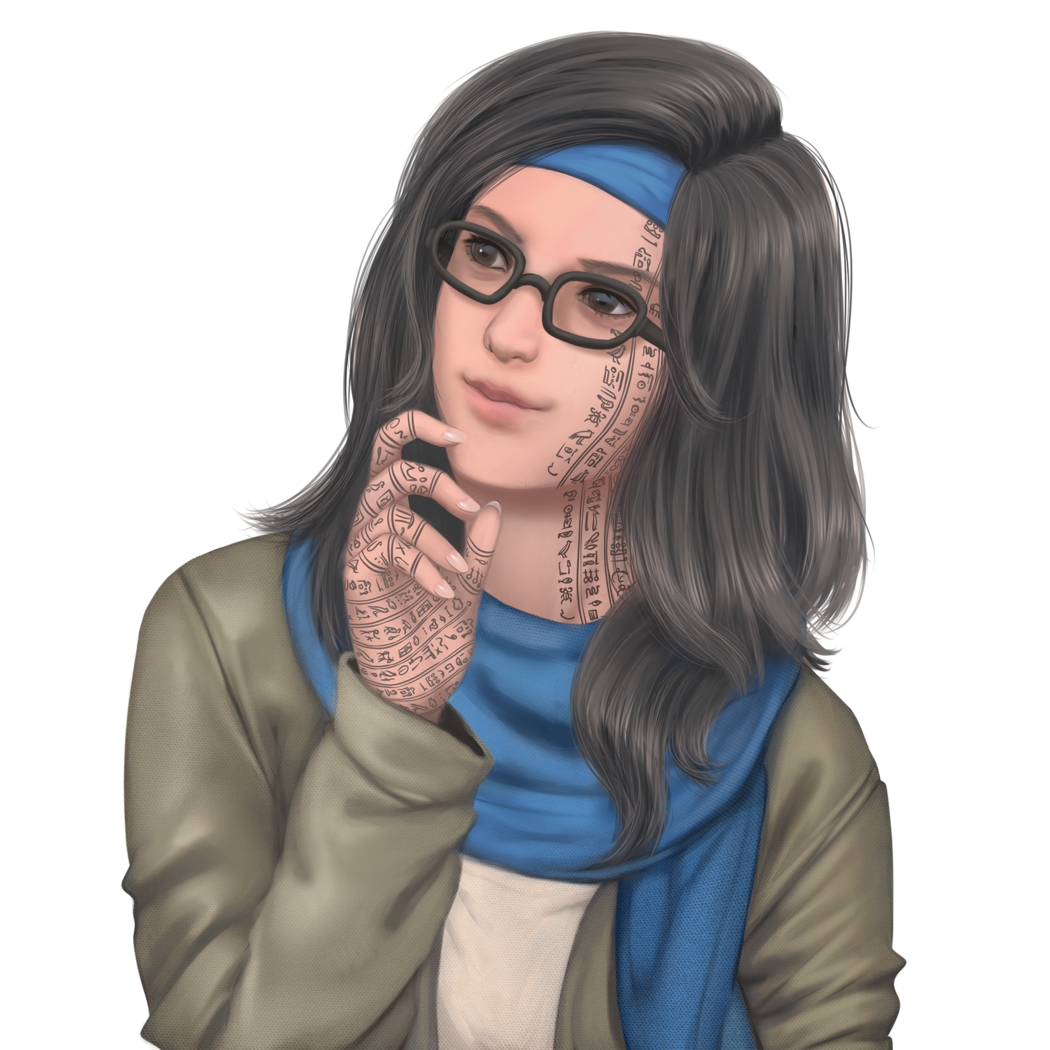 The markings left by Ankhutep are all but gone, but they have changed. It would appear the woman now has some control over them. They don't dance and wriggle around any more nor are they referencing an ancient ritual when read.

Amelia suffered from depression and crippling self-doubt under Ankhutep, almost to a point were a normal conversation was impossible. Now that he is seemingly no longer connected to her, she is slowly regaining her bearings and can even be proper snappy at times. The woman tries to be sociable, but the time under Ankhutep did leave some wounds. She'll always try to assist and help but might respond in weird ways when asked.

Not your typical bookworm. Enjoys long walks on the beach and watching Hornblower. Dislikes being possessed.