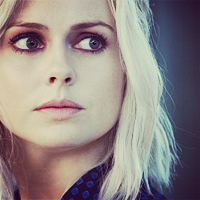 College may have been a thing for Alysia, but it is not something she'll talk about. In fact, it seems something she will playfully lie about, often obviously so. It is likely she did not originally intend to become the detective she is today. One thing is certain, she will admit to needing the money the profession provides. Whether or not she enjoys it is another matter entirely.

She started out in New York as a waitress in a quaint town just along the railway leading to the city. It was decent, but she wasn't happy. Flash forward a year and she's in the police academy on her way to becoming a New York City cop. It was thrilling -to a degree-. There was always that sense of doing the right thing and so forth which gave her a sense of purpose her former job was lacking in.

Police work eventually rolled into becoming a detective, and with it came a pretty pay raise. Alysia was good at her job. Maybe not the best in the precinct, but good none the less.

All her life she's been a Prepper. Admittedly, she does find it slightly on the crazy side, but she can't help but think about the maybes. Better safe than sorry! Best to plan for what could happen than to have it happen and not have a plan. Her loving parents helped cultivate this survivalist side of her, dashing in a bit of the conspiracy paranoia that became more of a guilty pleasure sort of interest she kept hidden.

This led her to her most recent demotion.

What her community of like-minded individuals were spouting about was also something she was hearing on the streets when undercover for drug busts. Something strange in Tokyo happened, and from there came the digging around. It only worsened as one of her cases got handed off to Missing Persons and then to Homicide where evidence was suggesting things similar to rumors flying about. This was no longer her case, and intellectually she knew this. She was supposed to back off, yet found herself compelled and almost more competent to search for the real clues.

And then she became a Bee. Her superiors were fairly concerned with her after she returned from sick leave finding that she'd been interfering with an ongoing investigation that had nothing to do with her department. The "Feds" intervened taking all of her findings and even confiscating her laptop stating the homicide case was now in their jurisdiction. She was being benched and lost everything on her obsessive track leaving her nothing to do but spend her time unfocused. The real answers were out there.

It wasn't long until the Illuminati came to her door offering the chance for her to continue her investigative work off the books. Of course, only if she agreed to become one of their lap dogs. It didn't seem too bad of a deal to her, and she agreed to it.

Recently, her work in vice has become a bit boring by comparison. There were bigger things out there to deal with, not that crime was not a big deal to begin with. She feels she can do more elsewhere now that she has had her eyes opened.

Her appearance is a defining factor she's carried with her since birth. Natural, almost white blonde hair holds the slightest wave styled simply away from her face. Soft blue eyes provide a splash of color on her otherwise pallid complexion, one she has, as of late, not done much to rectify. Makeup for Alysia has to be done in five minutes, and so she has grown accustomed to looking a bit more plainly.

The thin nature of her frame lends itself to furthering her less-than-imposing appearance.