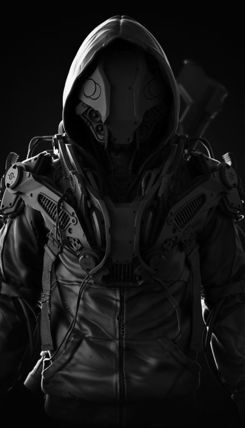 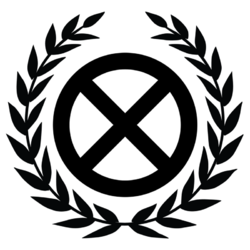 Not much is known about Monsoon, the individual's identity shrouded in mystery.

It's assumed that Monsoon is male by build (and for the purpose of this writing - shall be referred to as a he), however comments by the man place this in doubt fairly often.

There are lots of his type in the world: caring about nothing besides thrills, money, and glory. You see one, you've seen 'em all - monsters hunters all of the same breed and pedigree. Family grown, until one of the beasts they hunt take out the lot of them.

However, Monsoon's managed to turn his profession and life blood into a brand.

From high profile mercenary contracts, to the heads of the biggest and baddest monsters around the world - the man's made a name for himself as being accurate, swift, and deadly: all necessary traits for surviving as long as he has.

Originally coming to prominence as a well known Monster Hunter (and now, one of the longest-lived ones), Monsoon is the last surviving asset of the now defunct corporation, Sigr Incorporated. A formerly well known Private Military Company, the company's operatives could be found in every theater and conflict following WWII. The Soviet invasion of Afghanistan however, marked the beginning of the end of the group.

Even in 1984, without the various cybernetic enhancements he's well known to have, the man kept his identity under shrouds: company policy in an effort to prevent the actions of Sigr, Inc. to reach the families of the men and women underneath it's banner.

With the near complete annihalation of Sigr, Inc following the ambush of their convoy by Mujahadeen - leaving Monsoon the sole survivor - the man went to ground for months, before popping back up as an augmented freelancer. Taking up mercenary contracts, organising hunting expeditions, and clearing out various beast dens; he garnered a reputation for being reliable and relatively cheap compared to his competition.

Fast forward years later and Monsoon has become a near household name for those that run in monster hunting circles - garnering near legendary status for his sheer survivability, and the creatures he's killed. Somewhere along the line, he threw his lot in with the Brotherhood of Phoenician Sailors. Using them as an intermediary for payments and contracts, Monsoon has somehow managed to retain full confidentiality in regards to his identity - remaining identifiable by speech patterns, body language, and his trademark symbol.

His relations with the Secret Societies are cordial on his part in an effort to drum up business and receive independent contracts with them. Well known especially to Dragon, Illuminati, and Orochi - his relationship towards the Templars and Council of Venice tend to be relatively frosty. 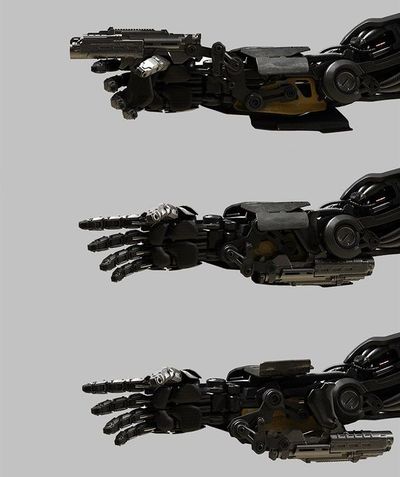 Hardly anyone calls him by his full codename - X(Extra)L(Large) Monsoon. He's nonetheless amassed numerous nicknames from others, all of which he acknowledges with amusement.

The appellation of the name XL Monsoon suggests that the man's ego is large; and observations have confirmed such. Egotistical, callous, blunt, sociopathic - the man is seems to personify many negative descriptors, which is often times at odd with his rather professional attitude while actively on a job.

It's often been noted that Monsoon has numerous self-destructive urges, and a common theory is that he works in such a dangerous enviroment and takes reckless actions in an effort to find a way to die. Reckless actions are taken often, such as putting himself in harms way or willingly injuring himself to accomplish his goal. An interview with his handler, a man known as Andrew, has led credence to the theory - and that the man wants to live well, but doesn't know how.

Monsoon's teamwork is near piss-poor, the man putting himself before others. Often described as a coyote (a comparison he snorts at), he balks at working with others - believing that if he can't complete it himself, then he's not good enough to do the task at all, something that fills him with disgust.

Sex is near nonexistant for him - a choice of his own. Monsoon however, has noted attractiveness in others - but the emotional culpability involved with many immediately dissuades him; preferring relationships and sex to mimic professional exchanges and business transactions.

A consummate professional; as long as he has been paid to kill someone, he will always carry it out, without exceptions. Ultimately, abortion of a contract or a job requires a greater payment by a secondary party (considered 'dishonest' by some, fair by others) or an inability for proper payment to reach him.

Monsoon is often considered to have originally been a baseline human, augmented and modified to hell with cybernetics. With false arms and legs, and various cybernetic implants - the man's strength, speed, and reactions are thus increased far beyond many of his mundane peers; but falling flat compared to those involved with the supernatural and Gaia. Despite this, he's been shown to have extreme durability and abnormally fast healing.

Due to his utilization of technology and having to often times fix and create his own equipment, Monsoon is considered a technological genius - at the expense of other aspects. Strong deductive skills, processing power, and an innate knowledge of biology (assumed to be due to his profession as a monster hunter), serve as his strongest mental traits. He's well versed in security systems, computers, robotics, and other forms of electronics.

Well known for his stealth, a trait honed from spending weeks hunting prey, often times Monsoon can slip in and out of a room without his presence being noticed, and subsequently leaving cold bodies behind. A combination of situational awareness and technological assets keeps him on alert much of the time. 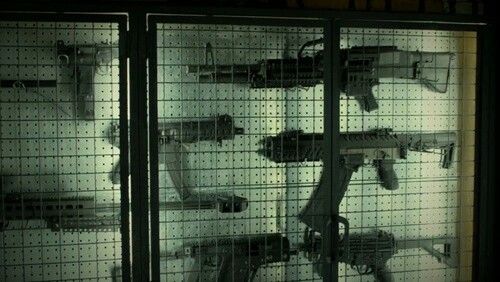 Monsoon is said to never miss, unless he wasn't aiming for you. He's routinely displayed feats of extreme precision and improbable shots, nearly always striking true. In addition, his near omnipotent knowledge of firearms comes at the cost of the virtual absence of any ability to handle what he considers 'primitive' weaponry such as swords, spears etc.

It's been displayed that Monsoon's reflexes and senses are far beyond what a human should have. Offhand, Monsoon has stated that he can hear a man pissing against a wall from a mile away - although whether this was just a joke or not, he has been shown to have a 'sixth sense', an excellent sense of smell, and a near godly-sense of sight.

With the exception of a knife, Monsoon has been shown to rely upon his prowess at hand-to-hand combat.

So you want to include Monsoon in shenanigans? Here's some roles that they fill!

HUNTER: His bread and butter. There's nobody better to call than him.

SCOUT: Nothing will escape his notice, and he'll do it quick, quiet, and with up-to date notifications straight to your iPhone.

BODYGUARD: He'll guard you from everything: pathogens, terrorists, ex-lovers, tax collectors. But not existential despair.

TEAM LEADER: Working alone really fucks up your ability to be diplomatic with people under you. 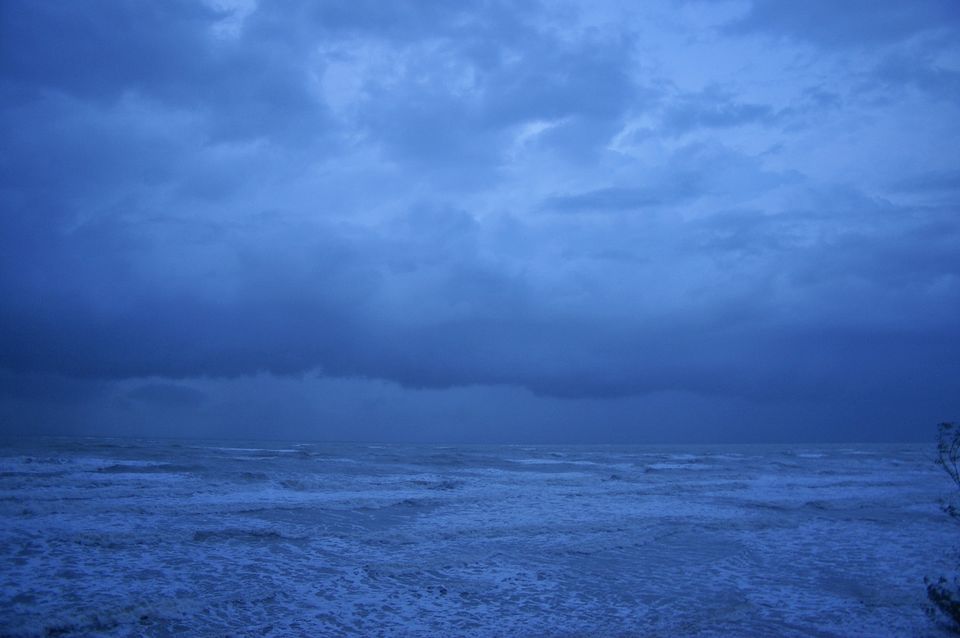 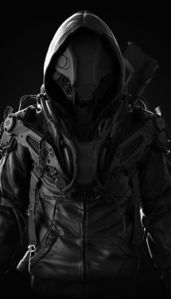 Who you gonna call? XL MONSOON!