The Empty Eyes of Carcosa

From SWL Roleplay Wiki
Jump to: navigation, search
'The Empty Eyes of Carcosa'
Cabal Leader: anarchistic voting behavior (the command takes over who is best in a situation) 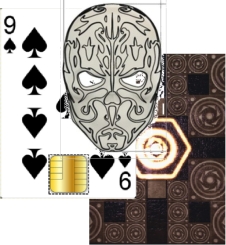 The cabal was reactivated by Rooster C. Kumar due to the events of Egypt and he recruited new members so as not to waste the resources of the cabal. What agenda the new members are giving is their own decision. Currently they travel on behalf of their faction to all the hot spots to fight against the filth and the people who experiment with the substance.

They see themselves mainly as commissioned by and as protector of Gaia.

This information is not available, because the members haven't yet associated with anyone. And with whom the former cabalists have worked together, only the gods know.

The Cabal's earliest mentions found by one of the new members in the library was a document dated 1760. The document describes a meeting with members of "Kuratorium 7.7" with Alexander Vasilyevich Suvorov-Rymniksky during the 7-years war. Rooster C. Kumar was a Librarian and lawyer commissioned by unknown sources from Paris to reactive the cabal, shortly after he became a bee - at least that's what he's been telling.