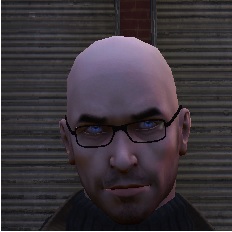 Before the Filth, I was part of a family tradition spanning back into County Mayo, Ireland. A tradition that stayed within the family as opposed to being a community tradition. My parents are spell-slingers, my grandparents are soothesayers; and my siblings and I are now continuing the magic of our family. When the buzzing came, none of my parents knew how to respond and my grandparents were at the same position. So, I, being the family's Bee had a lot on my shoulders. My siblings acted like I became the golden child and threw their fair share of shade my way, but they will never understand the weight I have to carry with all the expectations our parents and grandparents are putting on myself.

Since, my heritage resides in Ireland, the Templars and the Chruch had access to my lineage records. As such, they became easily aware of my whereabouts, sought me out and enlisted into their cult. I gotta say, it was a better decision than being solo; however, I didn't want to do much with the Templars. So, I worked my hard earned dues to exhaustion and got what I wanted with the Templars, complete anonymity, and that took forever to achieve, but it was an accomplishment well deserved. Now, I run an Occult shop northwest of Solomon Island; yes I do get my fair share of Ak'ab, ghouls, ghosts, and undead trying to raid my shop, but it is just another day during the Secret War. How did your character become part of the Secret World, and what have they been up to since then?

As of late, my family are my closest set of contacts I have, but when I am in a bond, it is the members of Kingsmouth town that have been the most helpful with the addition of those in Blue Mountain.

I prefer to employ my skills in Blood Magic and Elementalism onto anyone that approaches my shop with ill-intentions. While my daily clothes tend to change day after day, you'll find my wearing two accessories almost daily: my hand made prayer beads made of wooden beads, sigils, and a crow skull; and a spell neck pouch with various herbs and seasons inside it along with a broken brooch belonging to my late grandmother.