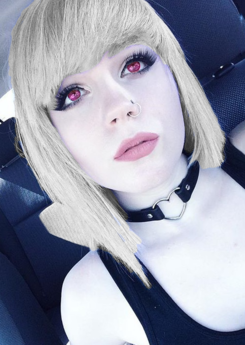 There is life, and there is death. Both have their many shades of grey, but in-between lies only a line. Two dimensions. A gruesome cartoon. Many are those who seek to widen their options and create glorious perversions of nature. Necromancy is as old (as young) as humanity itself, devils dancing on a fingernail's width. LISTEN.

The man who has everything will yearn for more. He dreams of ever-growing vast quantities of more. He will never have enough time. The beggar on the subway platform will always wish for just another day to claw his way back to the top. For us, a life is an inhale, an exhale. For humanity it is even shorter.

Those who crave more are driven to desperate acts. Some buy creams. Some buy cars. Some buy bodies. Elizabeth Bathory bathed in the blood of virgins for her second, third, fourth chances. Shame she just couldn't make the full commitment.

Sweetling, your gifts have opened your eyes to true eternity. All those below you are not so lucky.

True necromancy is a dark art. Those who seek to twist time itself must also become twisted. To breach the sacred line intrudes upon angels and demons both. It takes more than just bathtubs to satisfy the whims of evil things. Cultists build shrines to their gods and their causes and fling themselves upon the altars for appeasement. Necromancy is much the same. But the currency is a different kind of flesh.

There was also a man (or maybe a woman) who longed for the life that Marika held sparkling in her eyes. It held promises of more time. More beauty. More. So they bewitched her into their grasp. Maybe they seduced her, or blackmailed her, or held her captive with false promises. It matters not. What matters is they made an awful mistake. Child, beautiful blessed wanderer, pray you never find out what awful, buggy code strides the brink between the magics. It's bat country out there.

Somewhere in the badlands between Blood and Chaos, Necromancy is a roiling sea. Terrifying. Impetuous. Prone to blue screens. So easy to make a mistake, to let a stupid and willful girl scuffle and screw over your carefully placed runes and end up with an unintentional transfer of power.

Do you like to play DnD, sweetling? You seem the type. So chaotic neutral.

You can thank Gygax for putting a name to those who truly unlock the secret to eternal life and endless power: 'lich'. Warp the boundaries between Heaven and Hell and you'll find more of them there. Only they know the answer to how they arrived. You won't find many willing to tell. We promised we'd keep the secret. Don't look at us.

Marika chose to stay on this plane, understandably. Or maybe she had no choice. We didn't ask. The Templars did, but she didn't remember. She didn't remember a lot of things. They gave up, eventually. You don't look a gift lich in the mouth. They gave her a home, a place to stay while she adjusted to a world that was strange and new. Kindness begets kindness, and they expected much kindness of her. Most societies don't look kindly upon liches these days, after all.

With Ouija boards and tarot apps, Necromancy is a more widespread disease these days. So why not turn the carrier into the anti-body?

Yes, she is under our protection, sweetling, and your ally. Some liches remain untwisted in the face of the terror they have seen. The end is near, and you will need all the help you can get.

• Her extensive facial tattoos may look like an awful drunken 21st birthday decision, but those with extensive magical knowledge may recognize some of the symbols as Russian in origin, referring to ancient necromantic rites. Just don't stare at them too long... it's awkward.

• The cross pendant around her neck is subtle enough that most will read it as a modest display of religious faith. Her fellow Templars (and Illuminati who care enough to look) know better.

• Most animals find Marika deeply unsettling, if not outright offensive to their sensibilities. There are exceptions: ravens, crows, snakes, and insects of all kinds love her.

• Marika is semi-infamous among her coworkers for being absolutely godawful with technology, to the point some theorize it's a side effect of her 'living situation'. Cell phones have been lost, shattered, disassembled; computers have their motherboards fried or have gone completely up in flames; the office Overwatch party was a complete disaster, and she didn't even play. Many have agreed that attempting to teach her the ins and outs of social media would be asking for trouble.

• She's a Pisces, if you're into that sort of thing.

• Her accent is strange and not easily placeable, though that's pretty common in this field. Certainly not from the English Isles, probably not Middle Eastern, definitely not American. It helps that she's quiet enough that it doesn't matter much either way.

• Her eyes glow in the dark! Creepy! (Or totally radical, dude, depending on your state of mind.) 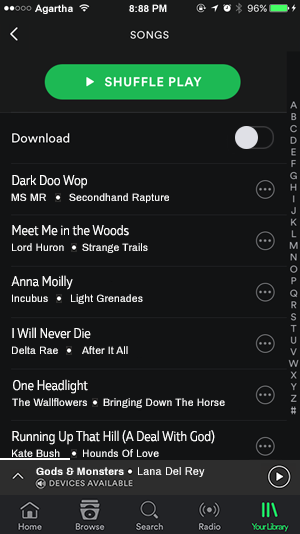 Templars: After a series of heavily disquieting events in a small town in Siberia, Templar agents were sent to investigate. They uncovered rumors of a ghastly albino witch who lived in the forests and protected innocents from the dangers that lurked out in the frozen wastes. This witch turned out to be Marika, who was brought back for further study. Though at the time she spoke only Russian, she learned English at a pace quick enough that the society became interested in obtaining her as an asset. Her true nature was only discovered shortly thereafter, prompting a more in-depth study of her character; this only revealed heavy amnesia towards anything past the last six months of her existence. Much continues to remain unknown of Marika's past, but her present paints her as a highly intelligent field agent, with powerful skills to obtain answers from beyond the grave. The Templars overall remain wary, but cautiously optimistic.