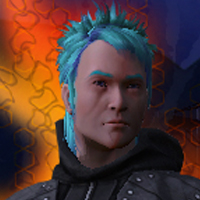 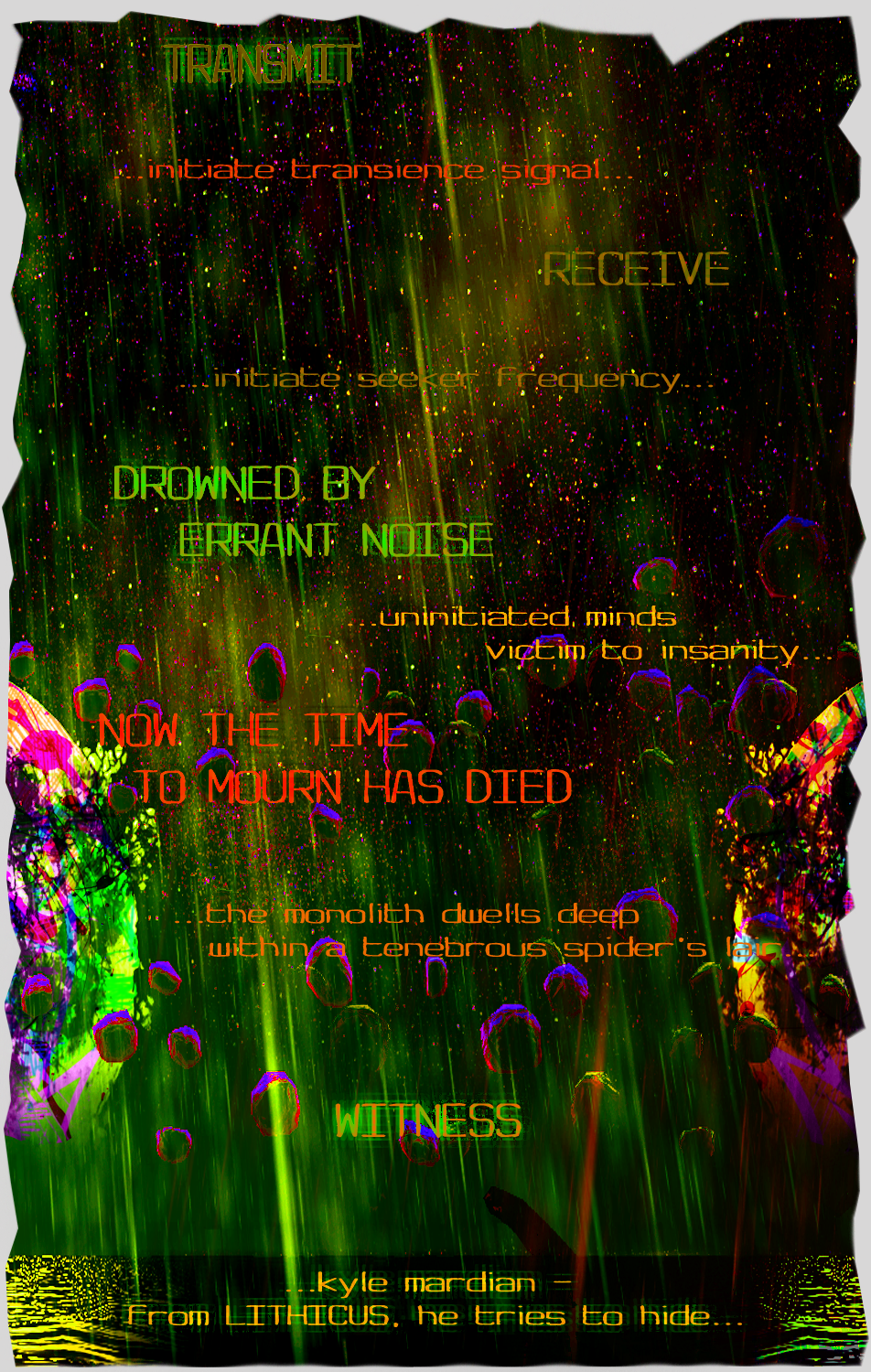 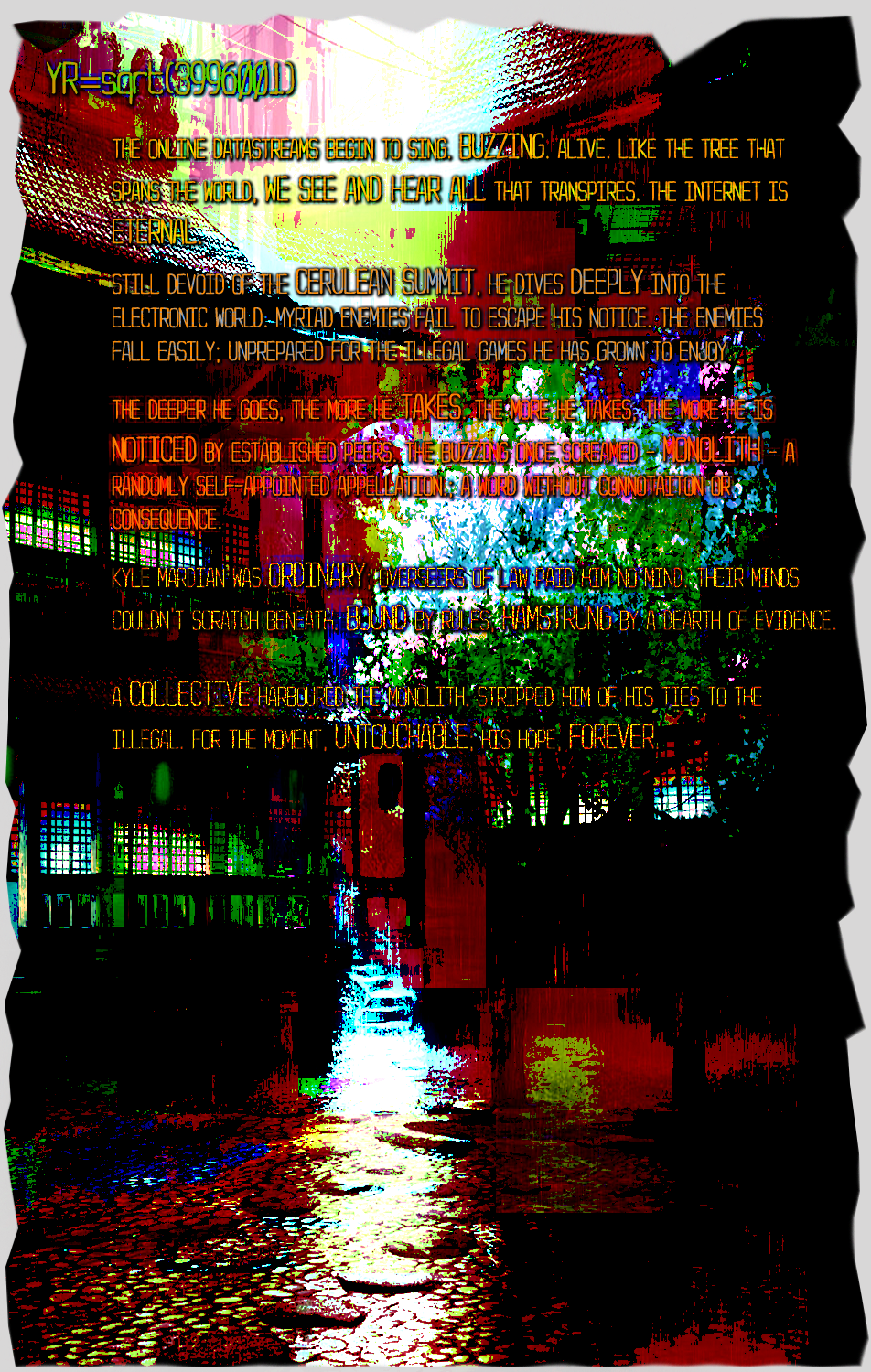 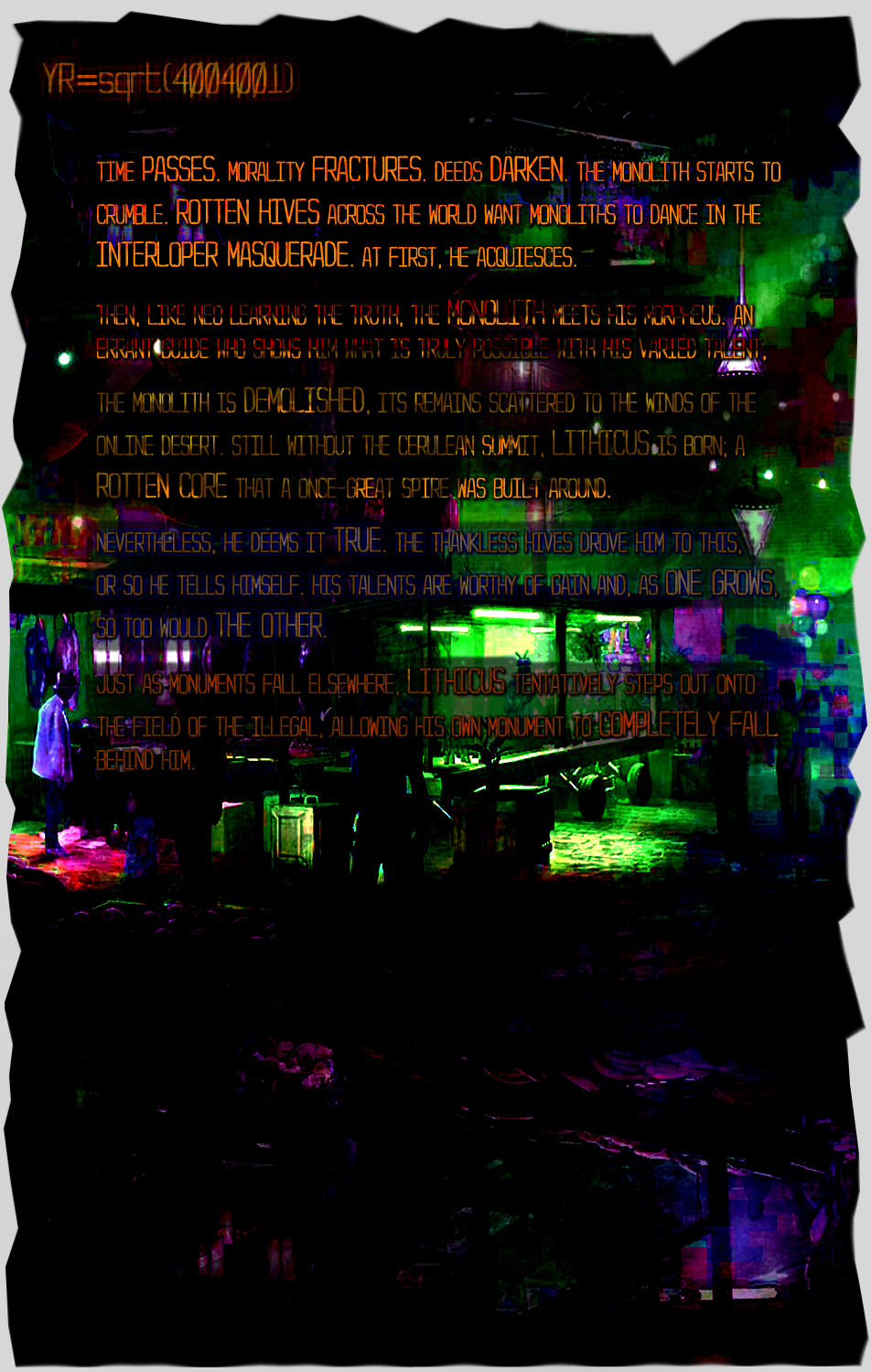 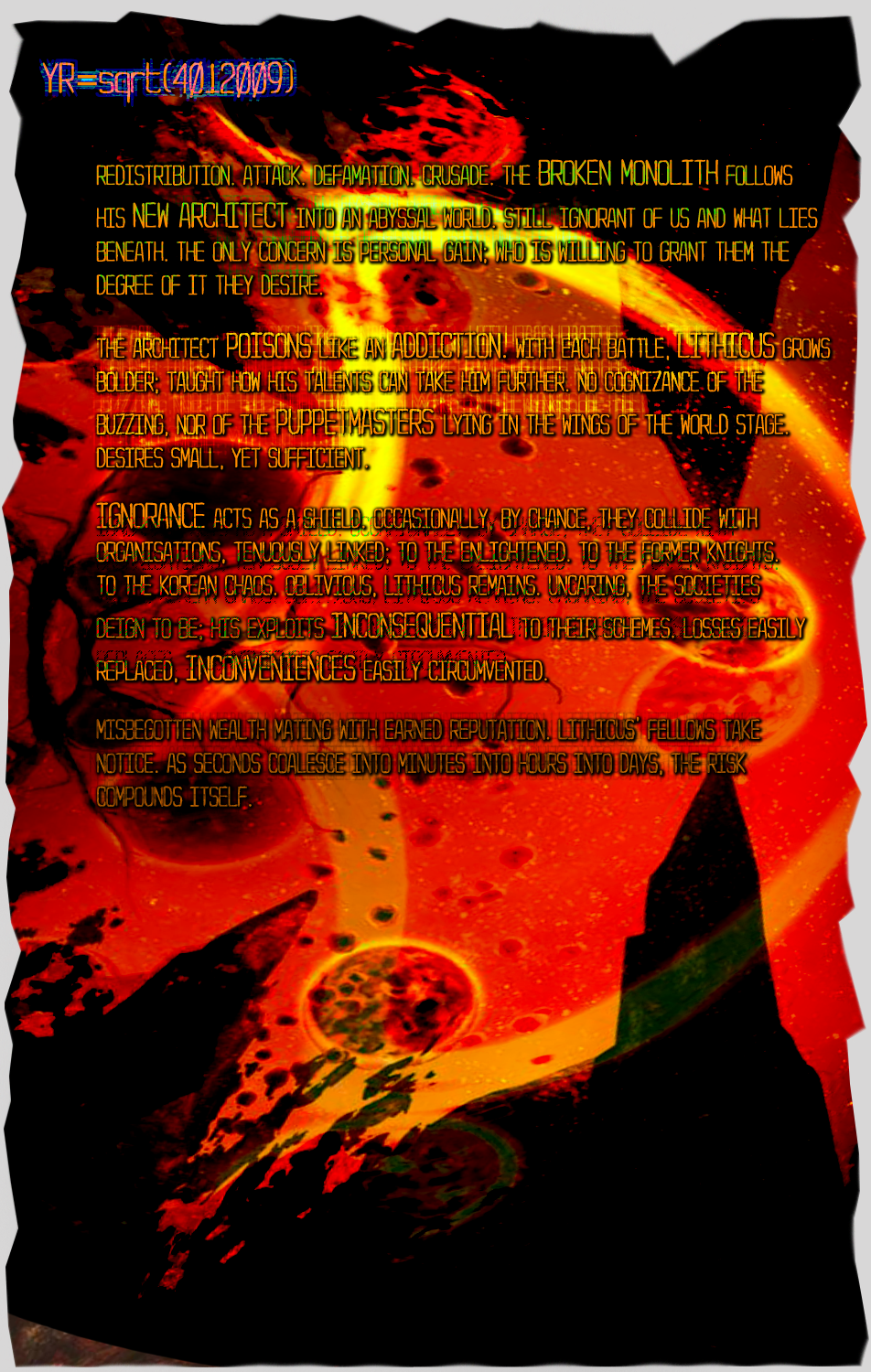 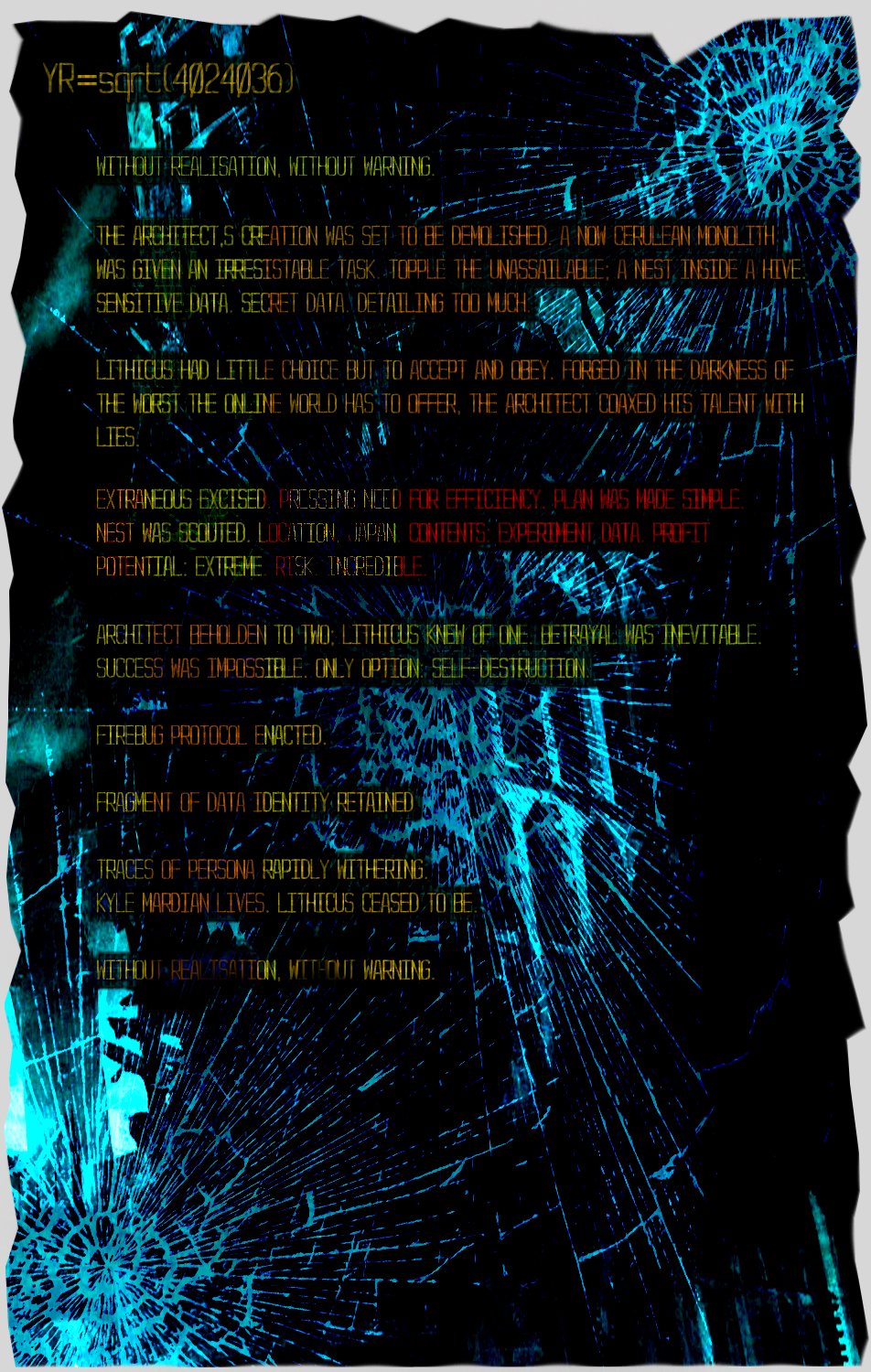 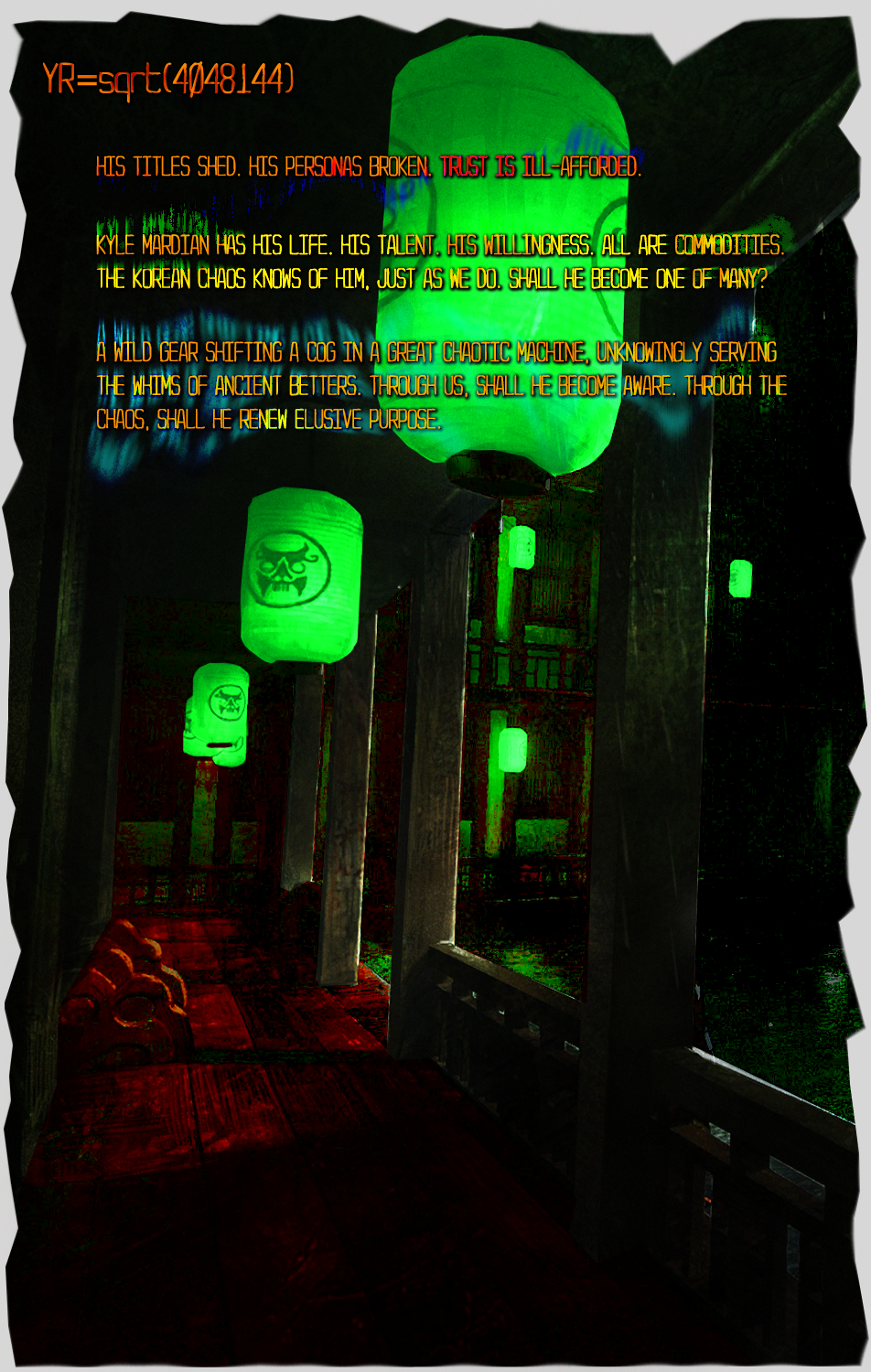 Kyle's early life was punctuated by, in addition to the beginnings of a knack for academia, the discovery of a great interest in computers and electronics. His family were early adopters of the old 486-processor computers and, on numerous occasions, his old toys were often broken apart, just so he could look at the various bits and pieces that made them work. With the technologies involved in both computing and electronics really starting to hit their stride in the 90s, his fingers were never far from a keyboard.

This, rather expectedly, turned him into the quite the nerdy kid by the time he reached the end of junior school. With his father working in - and learning - software engineering at the time, the study at the family home was littered with various manuals, filled from cover to cover with coding exercises and chapters on the inner workings of DOS and the early iterations of the Windows operating systems.

Over that summer, Kyle's parents looked for a high school which had begun to heavily invest in the advancing computing trend. In 1998, with the 21st century fast approaching, Kyle quickly made himself known as his class' resident computer expert. He excelled in the school's IT lessons and, after discovering that the array of computers were all linked together in a network, his curiosity began to gnaw at his mind. And his morality.

The network, to him, was like one of his childhood toys. He wanted to break it open to see how it worked on the inside. Once he hit his second year of high school, Kyle's curiosity finally turned to playful malice. He would hamstring his teacher's attempts to give the lesson in subtle ways. Hiding curriculum files, deleting lesson plans, turning random slides of a Powerpoint presentation into a garbled, clipart-ridden mess. When he was feeling especially vindictive, he'd even delete a computer's system32 file, just to watch a bully get the blame for "breaking" a computer.

Over the course of his high school life, Kyle was suspended multiple times for what were essentially cyber crimes; accessing systems without permission as well as causing damage to them. Many of the modern laws that punished hackers simply didn't exist back then and, as such, deterrents were few and far between. Once or twice, the police would pay him a visit - either at school or at home - to give him a stern telling off.

Mercifully, the school elected not to press charges for anything Kyle did. By the time he hit his senior year - at the age of 16 - the combination of excelling in IT lessons and spending most of his home life around his father's work had ensured that Kyle's prowess with a PC rivalled, if not surpassed, that of both the teachers and the IT technicians; many of whom had been employed specifically in response to the need produced by his antics. If anything, they should have been thanking him. By showing what a malicious computer user could potentially do, the school had come to realise that they needed defences in place, far before any of their peers.

Despite getting among the best grades in his high school class when the time came to take his GCSEs, Kyle mostly coasted through college. Having paired up an IT A-Level course with one in electronics, he spent most of the next three years doing the bare minimum in order to get a slightly above-average grade. He became an example of having an abundant excess of aptitude without the inclination to apply it; like he was keeping up with his classmates without even trying because he felt he no longer needed to. His father, by now, was working at the degree level and, more than once, he found chapters and assignments he'd already read about - or done something similar to - in his spare time through the university textbooks his father had bought as part of his own education.

Having got his own computer to act as a companion for his homework, Kyle had fallen back into the habits he'd started developing in high school. Only this time, instead of tampering with computer systems in the same room as him, he'd started tampering with ones a few streets away. Offices, restaurants, places people wouldn't necessarily notice. But, as his reach grew, the more he'd started to get noticed.

He wasn't roaming around the internet to cause damage; just to poke around and answer his own repetitive question of, "is that even doable?" But, nevertheless, certain underground communities had started to take notice. The fact that he was only seventeen... eighteen... nineteen... was often a source of surprise for these older, more experienced hackers; seemingly always Americans who'd been poking around archaic systems a decade before he'd even been born. They pulled him into their world and, before long, Kyle found himself drifting further and further along a path that ran the risk of him getting jail time.

In his final year of college - having now dyed his hair to look cool - things rapidly came to a head. Between exams and revision, Kyle was working alongside the hackers he'd met on the internet. They had need of a prodigious teenager to help them get into systems otherwise out of their reach. His youth gave them otherwise overlooked ideas. And, a couple months after his graduation, his allies all turned on him. By deliberately allowing the IT department of a big London-based corporation to see Kyle's unshrouded IP address, they then locked up his computer, forcing it to remain (illegally) connected to the corporate system while they made off with whatever they needed under the cover of metaphorical alarms.

By this point, Kyle was living in an apartment of his own, away from his parents. His roommate didn't understand why she suddenly saw him unplugging his PC at the wall and start yanking out the hard drives before rushing out of the door without a word. As far as his online existence was concerned, Kyle no longer cared. He just wanted to do the best he could to avoid a criminal conviction. And so, after making his way out to an abandoned warehouse, he spent most of that night in a panic, bludgeoning four hard drives with a cinderblock until both fell to pieces.

Then he retreated to another friend's place and waited for things to blow over.

For six years, there was (mostly) nothing.

And then, all of a sudden, he woke up in an alleyway in Seoul with no memory of how he'd got there.

Then things got really crazy.

Even before being introduced to the Secret World, London-born Kyle Mardian was a man with a double life. Spending a little over half a decade as a hacker, he acted on both sides of the morality spectrum, attacking systems either for a righteous crusade or simple personal gain. By the time he was able to escape his morally dubious lifestyle, he had unknowingly shown up on the Dragon's radar. Despite his relatively small presence in their mathematical models, it wasn't until he ingested a Bee that they pounced, swallowing him into their scattered collective...