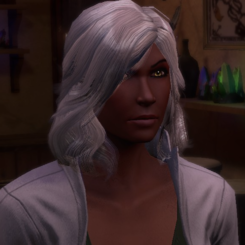 To be filled out

Ways to contact me if you wish to RP with Jerry:

As I associate TSW and SWL as two different alternate realities SWL!Jerry is technically an alternative version of her TSW counterpart. That being said she's the same with the exception of being "rebooted" per say.