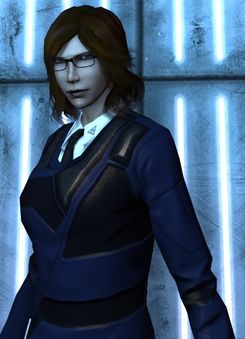 Our wisdom flows so sweet. Taste and see…

Before she was a killer she was a mother, and before that a student of war. A pedigree of fine military service rolled like red carpet in front of hesitant feet. Step upon it and confront a destiny forefathers dreamt for you before you were born in the wrong body. Her father only stopped reminding her of that shortcoming once six men carried him out the church doors.

Mr. Koenig didn't let the perceived handicap of having a daughter dissuade him. Her weekends were spent on firing ranges, her evenings learning how to miss the ribs when one stabs with a knife. She'd make him proud despite her sensitive predisposition. Are you proud now, Sir? Did she stack the bodies high enough for you to hide the disappointment on your face behind?

Twenty years after Maj. Koenig choked out his final impotent curses. The wayward daughter now has blossoming progeny of her own. A sweet woman trying to raise a sweeter girl in a bitter world. A delicious cake started with broken eggs, and often involves a knife near the end. The two vacation to Europe as a reward for the younger's university acceptance. Their trip starts in London with laughter. It ends in France with blood.

Some lessons simply can't be forgotten no matter how hard we try, sweetling. Forced memorization of survival skills echo in the lizard brain of a mother losing control. They bubble to the surface, popping like pimples upon a pubescent face, pardoxically proud and embarrassed. Carnage broke out during their tour of the vineyards of Val de Dagne. Her child has been bitten by the creatures before their minds registered the danger. Some shambled, some ran, but all chased and were ravenous. Mother and daughter absconded in the tour guide's abandoned truck blindly down dirt roads, fleeing from the screams. Kilometers fly by red-smeared windows, and delicious red sauce flows freely from the daughter's nose. She tastes of it greedily and wants more. Eleanor isn't aware that she has already lost the happiest part of her life.

The helicopters drop off armed agents in blue and black jackets. The see smoke, carnage, and tire tracks leading down the road. Did witnesses escape? The blood cult had dabbled in something it couldn't control. Survivors lead to questions, and the only questions The Pyramidion endures are the ones it asks. Five agents silently follow the haphazard trail, coverup ants chasing the scent of escaped sugar.

"She's not moving, ma'am. Just sitting on the roof of the vehicle. No, ma'am. Yes, she appears to know, but she's not talking to us. Because she's sitting above a mobile hostile in the passenger seat, ma'am. Maybe in shock. She's just staring out at nothing. Yes, ma'am. Orders? Yes, ma'am.

We've suffered casualties, ma'am. No, only the one woman. Three compromised agents, ma'am. She did, with some improvised blade. Yes, ma'am. Myself and Lion Two, ma'am. Subdued, not disposed of. Repeat, ma'am? Acknowledged. Escorting to exfil point. And the hostile in the car? Yes, ma'am."

Three years, five psychological evaluations, and one promise of the impossible later. The Devil came out of Dagne. She was given choice and played her hand. The House always wins, though. She's a willing slave to sharp-tongued people in sharper blue suits flashing the sharpest smiles. They love her results. The handler tells the neophyte that things have been acceptable at best. They'll use her until she fails or dies, a prospect she has no qualm with. She lives for her work and the deal they made her when they escorted her into the office three years prior. Now she is a bitter woman trying to raise a sweeter girl in a secret world.