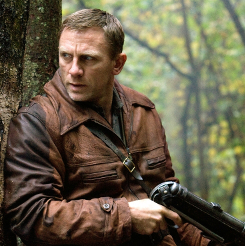 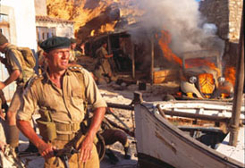 It was the silence that stayed with them, rather than the roar of the building collapsing in on itself. They'd seen their CO take a browning to the chest barely take a step back, and they'd seen him stand after jumping on a live grenade. Even with all that, the soldiers stared at the dust wafting into the sunlight thinking they now had to remember who was next in command. Morely couldn't help but think that it wasn't the building that had killed Captain Duncan Bishop. It was the silence.

Morely broke the silence, as if this could undo the damage, his North Yorkshire accent making Owens jump. "Start digging," he murmurs, taking a step forward to dig through the rubble. The large blocks bit into his fingers as he strained to overturn them roughly in the area they'd last seen their CO's shadow tangling with the huge armoured German.

"What the fuck was that thing?" Owens near whimpered. "It was almost as big as the Captain, and looked stronger! Fuck, does anyone even know if Captain Bishop has next of kin?"

"Shut up and di-," Morley's admonition died on his tongue as a olive-clad hand pushed from a nearby break in the rubble. It gripped a piece of the building's broken framework and, with a mighty pull, leveraged Captain Bishop's titanic frame from the debris. "Is it dead?" He growled, not even bothering to dust himself off as he rose to his feet.

"No, Captain. It took off into the woods at an insane speed!" Owens exclaimed. "Was it ... a walking panzer? New contraption from Berlin?"

"I think it had a Thule symbol on it, but I can't be sure," said Waterman, pushing up his glasses for the 30th time that day.

"It seemed ... familiar," Bishop said, looking in the general direction his men had indicated. "Whatever it was, it has our position. So we should not remain in said position." With that, Bishop started walking toward their base, showing no more stiffness than if he'd just had a smoke break. "Let's head back. I need a cup of tea." 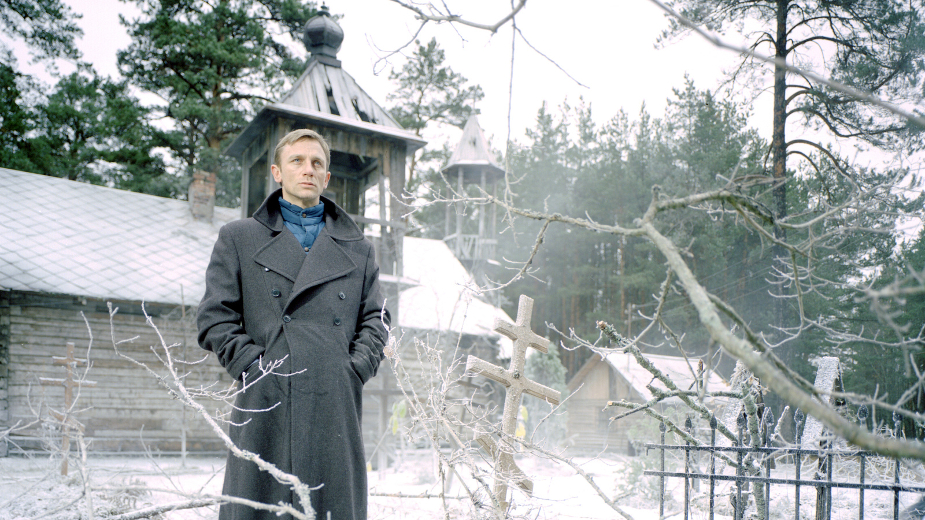 Duncan is a giant of a man, standing at about 2.1 metres (~7 feet) tall and having a well-toned body. Despite his robust frame, his face looks a little gaunt and haggard, albeit attractive enough. His eyes are a slate grey, and his short, military-cut hair is a golden blond. His jaw is well defined, contributed by his somewhat sunken cheeks. His body is a mess of surgical scars, but there is no visible scarring from injury.

Duncan has been a military man all his life, so he's used to taking orders, but there's something about the way he takes orders that leaves his superiors unsettled. He meets all demands with a cold stare and a salute, and then goes and gets it done, but he gives off a vibe of superiority. There's no one thing any CO could complain about, no real example they could put their finger on, but they know full well that Bishop disdains them. No doubt, were he a much smaller and less powerful man, someone would have tried to take it upon themselves to beat some respect into him.

Those Duncan commands do not share this problem. He's the epitome of the cliche "tough but fair," not putting up with too much bullshit, but giving his troops freedom to be themselves. He'll drink with them, talk with them, and even listen if they have something to address, but he doesn't allow any insubordination and anyone not following his orders gets discharged from his unit immediately.

Duncan does not really talk unless he has something important to say, and he is particularly hard to get a rise out of. He has the look of a man who knows this too shall pass, not matter what "this" is, and will often stare silently instead of respond to a stupid comment. This has been an effective information-gathering technique for him in the past as nervous subjects will often speak simply to fill the silence Duncan is most comfortable with.

Duncan remembers very little about his early life, mostly flashes of images in the moments between sleep and wakefulness. Also certain scents can send him into a reverie, as long as there is no immediate danger around him. What's known is that he has been around for a very long time, and has been loyal to the British empire for a good portion of it. He is tough to an almost supernatural degree, even walking away from literally having buildings dropped on him. He has suggested he was "purpose built" for surviving hostile environments. Since Duncan is a man of few words, getting even this much out of him is a bit of an undertaking.

Although he can recall specific, earlier incidents at seemingly random times, Duncan's clearest memories begin at the turn of the 20th Century, during one of the strongest points in the British Empire. He stood at the front lines of every battle to which he was called, without question, though his superiors often remarked that any respect or deference shown by Duncan was simply paying lip service.

His origins are not very auspicious by Atlantean standards. He was born comparatively sickly and was expected to die in infancy. Somehow, he held on long enough to be considered a burden by his biological parents -- two veterans of the Atlantean military forces -- and they gave him up to be harvested for raw genetic material and as a control for genetic improvements. However, the scientist who was assigned his little body, for whatever reason, decided to try to prove even a sickly Atlantean could be made to benefit the society.

His experiments in genetics were raw and experimental, but they exceeded all expectations. Instead of being sickly, Duncan became the ultimate survivalist, becoming 300% less susceptible to environmental extremes and physical and mental trauma. Duncan does not recall the great cataclysm, but he assumes these abilities are the reason he did.

Duncan has sought out combat all his life, constantly feeling the need to prove his worth, and the emerging British Empire of the 1500s gave him ample opportunity. He was a popular, if no-nonsense, leader who inspired the men to get their second wind even when all hope seemed lost. Almost any battle Duncan was dropped into was quickly turned to the favour of British forces, a notable exception being an encounter with an armoured German ubermensch during World War II.

Since then, Duncan has spent less time on the front lines and more time fulfilling the requests of his Templar superiors.

Despite its age, and though they've always been aware of him, the Templar order has only recently been able to acquire Duncan as an asset. His worth to the Empire was such that joining the secret society was something his superiors fought tooth an nail to avoid, but after the decolonization and decline of the Empire, the strength of their position deteriorated almost overnight. Duncan was quickly pulled into the order and briefed on the situation to the same degree as the average Bee. Duncan was said to have simply nodded and left to get to work.

Duncan has largely impressed his new employers, the exception being his attitude to Filth. He seems utterly unconcerned by the infection and doesn't take it seriously as a threat. His strange underestimation of the powerful entity has yet to be explained. Duncan himself doesn't seem to know why.

Duncan was one of the early subjects of the genetic grafting that became the norm for future Atlanteans. He stands a fearsome 2.1 metres (7 feet) tall, and his body is packed with toned muscle. Other advantages from his Atlantean heritage include:

Duncan has a number of (relative) disadvantages, too: