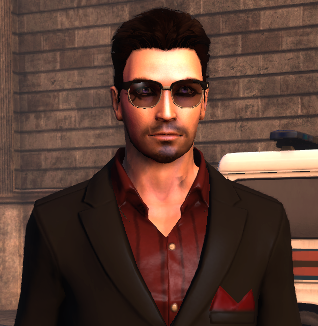 Ashton was recruited by The Templars shortly after being chosen by the bees. He left behind ownership in several nightclubs in the United States, leaving them to be operated by his partners while he completed his initial training. Upon completion of said training, he returned and liquidated his holdings, reinvesting in property in Tokyo that is easier to keep an eye on while operating within The Secret World.

Ashton recently found out from his mother that he is a fourth generation blood mage, though his training is incomplete due to this knowledge being hidden from him his whole life. Although progressing rapidly, Ashton had no military or combat training of any kind before joining the Templars, and his inexperience sometimes shows and he becomes frustrated at his limited knowledge and is driven to catch up as quickly as possible. He believes that his purpose is to eradicate filth and thwart the dreamers. Other enemies are consideered much less important and worthy of his efforts.

Ashton enjoys listening to and composing music, eating out and reading tomes of history and magic.