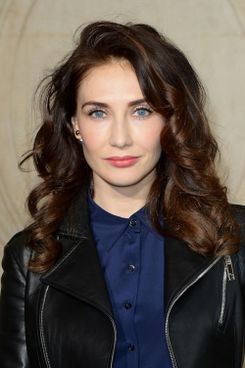 Born and raised in Sweden, her American father left her family when she was still a small girl. As a member of the Templars, her mother believed fiercely in preparing Amanda for the secret war that she saw as an inevitable destiny laid out before her daughter. She arranged for training in firearms, martial arts, and studies in magic and religion in hopes of raising another devout member of the family. As fate would have it, Amanda followed the call of her father, and after exploring the world of freelance investigative journalism, turned her back on her mother’s convictions and relocated to New York City, determined to forge a new life on her own.

The next few years of her life would be tumultuous, as she struggled to separate herself from Templar influence and cement herself in a new career. After experiencing the September 11th attacks firsthand as a resident of New York, Amanda began to re-awaken to sensations she had first experienced during the days of her martial and magical tutelage under Templar associates of her family.

Whatever latent power lay within Amanda did not go unnoticed by the greater cosmic forces, and in 2002, following a lead on a story to Las Vegas NV, she encountered the destiny her mother had spoken of—the destiny she had spurned.

Awakened to the Buzzing, and experiencing for the first time the darkness of the agents that threatened reality itself, she could no longer ignore the true war, and her place in it. Rather than return to her mother, however, she joined the Illuminati, rejecting the old-world values she had been raised on. A capable field agent, Amanda works behind the scenes to ensure that the gateways between worlds remain carefully guarded, and with her career as a freelance journalist blossoming into modest success, she continues to move about as needed, never quite losing the wanderlust that brought her to the United States years ago. As an agent in the employ of The Labyrinth, she is also keen to ensure that Illuminati interests are not compromised by the meddling of other factions... a betrayal of allegiances that her mother has still not forgiven her for.